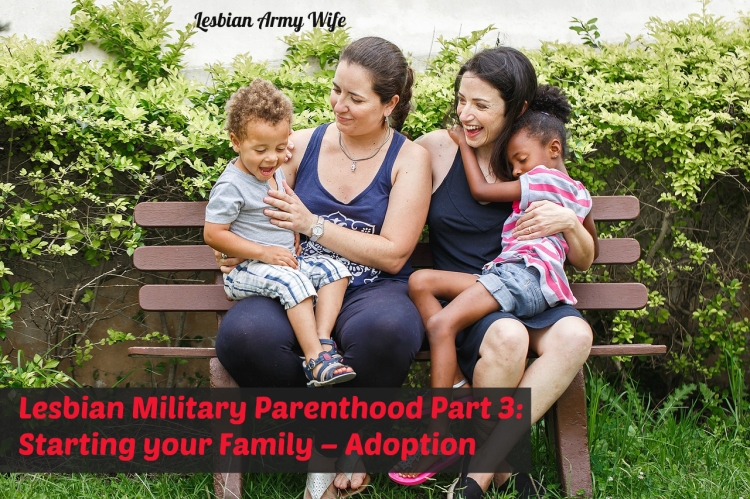 Creating a family is a very personal decision between you and your spouse. Some couples decide to try and conceive their children while some decide to adopt. However you and your spouse decide to have children its up to you. For a long time I have wanted to conceive a child through IVF. Although, I know my time is ticking and I am not getting any younger. Lately, I wonder if adoption might be a better way for my wife and I to start our family. I won’t have to deal with my body changing or my hormones being out of wack. Which might not be a bad thing.

“I was Chosen, I was Wanted, I was Cherished, I grew in their Hearts, I was the Missing Piece, I was Loved, I was Adopted.” -Unknown

We live in a time where you no longer have to hide who you love. No longer do you have to feel the need to live in secrecy. Today you can share your love and grow your family in the military no matter what your sexual orientation is. There are so many possibilities and great benefits you can tap into when married to a military personal  you never though would be availability to you family.

Know the Types of Adoptions in the in the United States:

A closed adoption is where no identifying information is given or exchanged between the child’s birth family or adoptive family. Once your adoption is final the records may be  to the available to the adopted child when they reach 18.

An open adoption is where the birth parents and adoptive parents along with the child keep in contact.

Step-parent adoption is directed by state law. And each state has its own laws!  For example, some states do not require a home study for step-parent adoption.  Most will mandate that a couple be married for a certain length of time, which varies from state to state.

Adopting a child from another country is complicated and expensive.  Some countries have significantly reduced the number of children that are available to be adopted, and others have eliminated international adoption entirely. Nonetheless, there are agencies that can help you with international adoption.

Although same-sex marriage is now federally legalized in the United State keep in mind not all state laws are not the same regarding same-sex adoption.

Research Adoption Agencies in your Area

Things to ask yourself when looking for an adoption agency:

Is the adoption agency LGBT friendly?

Does this adoption agency specialize in working with military personally?

What kind of reviews does this agency have?

Is this adoption agency local accessible to me?

Can I meet a with a branch counselor to discus adoption?

I found this wonderful article from Answers 4 Families  call Common Issues in Adoption:

Separation, loss and grief are experienced by all touched by adoption. For adoptive parents it may be the loss of control, the loss of being able to have children biologically, or the loss of the child they fantasized joining their family through adoption. Adopted children have lost their birth parents and perhaps ties to other significant people in their lives, their community, their culture and everything that is familiar to them.

Unmatched expectations of the adopted child and the adoptive parents are inevitable because the expectations that each person brings to the relationship usually have little in common. Each party to the adoption makes an emotional investment in it and expects some return on their investment.

Bonding and attachment are crucial to adoption. While the bond a child has with birth parents is unique, attachments between adopted child and adoptive parents can be formed. However, there are many challenges to attachment which relate to the earlier experiences of the child, including the type of parenting they received in early stages of development, attachments developed and subsequent trauma, separations and losses.

Entitlement is the sense that adoptive parents and adopted children have a right to one another. The legal right to one another is granted by the court. Entitlement, however, also has an emotional side. Adopted children and families are often challenged about their entitlement, both internally (questioning themselves about whether they deserve their child or deserve their family), and by society which does not sanction adoption in the same way as it sanctions biological families.

Claiming is the process by which the adoptive parents come to accept the adopted child as their own and as a full-fledged member of the family. Identifying similarities between the adopted child and adoptive parents and other family members facilitates acceptance of the child which gives the child the same status as a member of the family as other members. This may be difficult when there are differences in history, appearance, values, interests or behavior between family members.

Family integration identifies the challenge of bringing two different family systems together, that of the adopted child, and of the adoptive family, to form a new family system. Formal and informal rules of family living, which have developed over the years, must suddenly change. New patterns of family interaction and new family roles must be developed so that life can get back to where all family members know what to expect.

Identify formation is an issue for the adoptive family and the adopted child. Identity relates to one’s sense of self that has identifiable boundaries and value. Identity is rooted in family history. For a child with a history different than other family members this can present challenges. The family also seeks to find a new identity as an adopted child gains membership and everyone comes to know what being an adoptive family means. Identity is formed, both consciously and unconsciously, through experiences, interaction with and exposure to other people, and by making decisions concerning who one is and what one will be.”

Adoptions qualify for reimbursement only if the adoption is arranged by a qualified adoption agency, or other source authorized to place children for adoption under state or local law.

How to Apply for Adoption Reimbursement

Complete the DD Form 2675, Reimbursement Request For Adoption Expenses, and submit it through your chain of command. Attach copies of all receipts, agency documentation, and court papers associated with the adoption proceedings or court-certified copies. In the case of foreign adoptions; certified translations, U.S. currency equivalents, and extra documentation may be required.

The completed DD Form 2675 and substantiating documentation must be submitted for review to the member’s servicing personnel activity no later than: 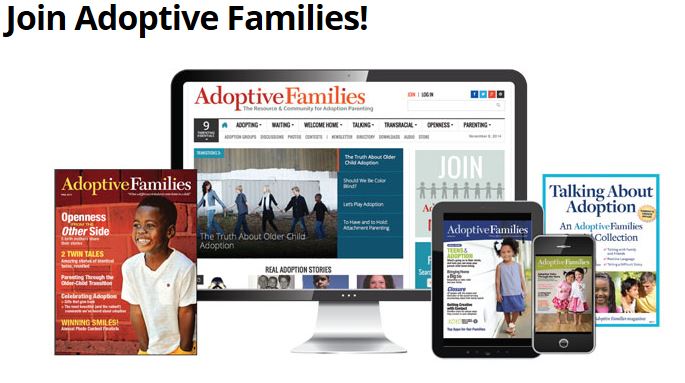 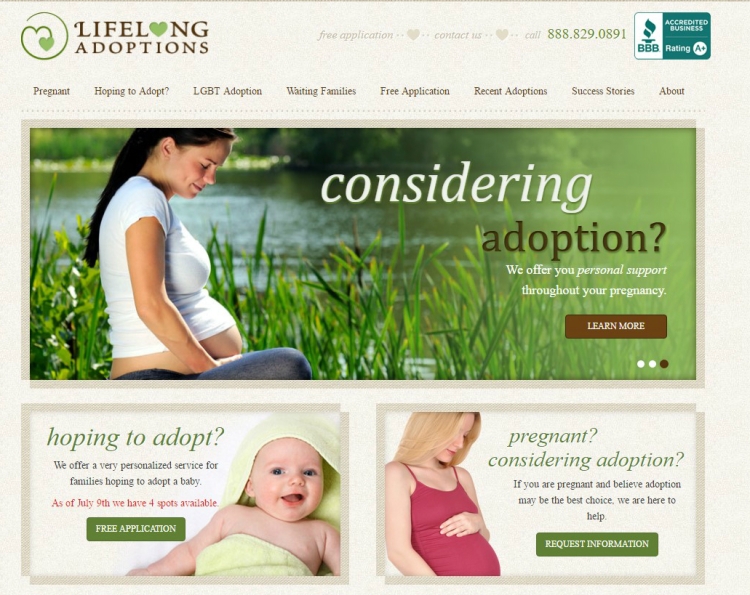 What are your tips for families in the military planning to adopt? Leave a comment!